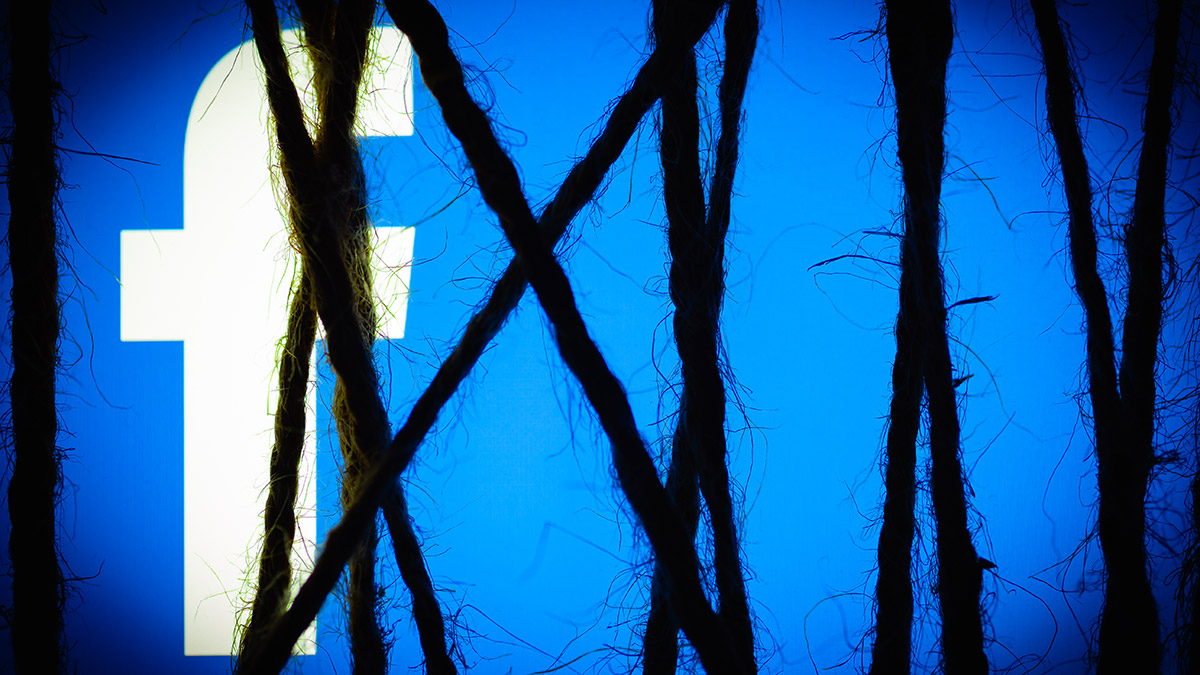 Facebook unfriended me. Why? So far as I can tell, it’s because I’ve been using Facebook to advocate for decentralization of social media. And apparently the algorithm didn’t like that.

“Now is the time to build, promote, and adopt decentralized social networks. The future of humanity depends on it. Ben Goertzel gets it right. Read his explanation. https://www.coindesk.com/decentralized-social-networks-next-big-blockchain-opportunity” (22 January 2021)

Now is the time to build, promote, and adopt decentralized social networks. The future of humanity depends on it. Ben Goertzel gets it right. Read his explanation. https://t.co/3DMsYiQdLa

When my friend’s notification came to my attention, I attempted to access Facebook. I was able to login. But I wasn’t able to see anything except the following message:

I clicked on a link at the end of the message. It took me to the Help Center. There I found a link to request a review. Clicking on that link took me to a form which requested my full name and photo ID.

I filled out the form, providing my name and a JPG of my government issued ID. Then I submitted the form. In response, I received the following message:

Moreover, I have never received a warning from Facebook. And I didn’t receive a warning today. They provided no information beyond what I’ve quoted above.

I’ve never used Facebook or any other social media to advocate violence, political or otherwise. And I’m a political centrist. In fact, during the political controversies of 2020, I repeatedly insisted on civility to such an extent that it frustrated some of my more partisan friends. So we can’t plausibly look for an explanation there.

We could imagine a conspiracy among people who dislike my religious views. There’s plenty of strong anti-Mormon and anti-Transhumanist sentiment out there. Perhaps, banding together, a group of people reported or otherwise flagged my content on Facebook as inappropriate. But this seems a bit paranoid to me.

I don’t think the cause was the link that I shared, in itself. Quite a few other people have shared that link on Facebook. In fact, at this moment, their API indicates that the link has received at least 88 likes, shares, and comments across Facebook. And that number has been increasing throughout the day without Facebook banning others for it, to the best of my knowledge.

So I think the cause must have been the comment itself. Or, more generally, it may have been an emerging pattern in the comments of my posts. For a long time, I have advocated replacing Facebook with decentralized social networks. And current events have motivated me to increase the frequency of that advocacy.

Several times over the last week or two, I have promoted decentralization in posts to both Facebook and Twitter. The content and links of the original posts were identical on the two platforms. So you can see them on my Twitter account. For easy reference, here are copies of my most recent cross-posts in reverse chronological order (as ordered on Twitter and previously on Facebook):

We are trying to do our part by funding an initiative around an open decentralized standard for social media. Our goal is to be a client of that standard for the public conversation layer of the internet. We call it @bluesky: https://t.co/51or6OuNNv

A machine learning algorithm would be capable of identifying accounts that publish posts with a pattern of negative sentiment toward centralized social media. The algorithm could also assign a score to the degree of negative sentiment. And Facebook could use that score to trigger automatic deactivation of accounts that surpass a relatively high score. None of this would require direct human intervention.

Again, I don’t know for sure why Facebook deactivated my account. But based on what I know, I think the best explanation is that Facebook now implicitly hates decentralization. I suspect that one of its algorithms is checking for accounts that encourage use of alternative social networks. And it caught my account in its automated net.

As an aside, perhaps some Facebook managers and engineers originally intended the algorithm to catch accounts that encourage use of social networks that focus on controversial politics. That seems possible. I’ve neither advocated for nor participated in those social networks. But I can see how my posts might have some syntactical commonalities with posts that advocate for those social networks.

Aren’t other people advocating for decentralized social networks without being banned? Maybe so. But the algorithm may have identified my account as a particularly useful target. Here’s why.

I’m a connector. I integrate ideas from one group into another. And while everyone may do that to some extent. I do it far more than most people.

So keep in mind these two factors. First, I’ve been increasingly engaged in advocating decentralization, which would entail the end of Facebook as we know it. And second, I’m a relatively effective connector. Together, these factors make me an excellent target for a Facebook self-preservation algorithm.

Say you want to minimize growth of interest in decentralization. And say you want to do that while also deactivating the fewest accounts possible, so as to raise the least overall concern possible. No matter how you go about doing this, you’ll raise some concern. But you can probably achieve an optimal balance by targeting people like Lincoln Cannon.

If I’m right, Facebook disables other accounts like mine. We should expect them to target other people who function as connectors and promote decentralization. And I think we may indeed be seeing that. Here’s an example, also from today.

Ii was just bounced by Facebook. Haven’t a clue why. Nothing particularly provocative of late other than campaigning for free speech on the nets in a clear dispassionate way. What is WRONG with those people! pic.twitter.com/djOwVkfRtp

This is a complex situation for me. On the one hand, I favor the eventual dissolution (or at least decentralized transformation) of Facebook. On the other hand, like many people, I received value from using it. And I had intentionally chosen to continue using it for that value despite my concerns.

Now I’ve lost practical access to 15 years worth of live personal data. It represented extensive interactions with friends, family, and other acquaintances. I have backups. But those aren’t practical or complete, and can’t take the place of live data.

I’ve also lost direct access to numerous business and non-profit functions. They include Facebook pages, groups, advertising accounts, application configurations, and more. They belong to my own businesses, businesses for which I work as a consultant, and non-profits to which I provide volunteer service. Fortunately, there are other people who can still access all of these things on my behalf, although that still poses significant challenges.

I imagine that most people in my situation wouldn’t have backups of their personal Facebook data. And many probably wouldn’t have alternative admins in place to access business and non-profit functions. Their situations could be emotionally or financially devastating. For me, it’s not devastating, but it’s still far from fun.

Beyond these personal harms, there are of course the bigger and far more important collective harms. I won’t detail them here. They are the subject of other articles that you can find. And I’m just one of many who have been raising awareness of these harms for a long time.

As Facebook users, many of us have become addicted to a social drug. The drug provides a pleasant high and some nice short term benefits. But the particular formulation presents serious adverse effects in the long term. And withdrawals are generally painful.

What can we do about this? We can support decentralization. That might sound hard. But there are things that each of us can do.

Some friends have asked how they can help me personally. Probably the best thing that you can do is tell our mutual friends about the situation. Let them know what happened. Remind them that they can still connect with me here on my personal website, at other social networks, or via my email address.

If you’d like, you might also contact Facebook and submit an appeal on my behalf. They don’t have a customer service phone number that I know of. But there are tools in the “Help” section to report concerns when a friend’s account is not available. If they reactivate my account, I’ll continue to use it while working to replace it with practical decentralized alternatives over time.

Without my account reactivated, I’ll probably just give up on Facebook for personal use. Some people in my situation have created a new account. But that feels heavy at this point, particularly given my other concerns with the platform. Without the value of access to live data that I’ve created with others over the years, Facebook probably no longer has enough to offer me on a personal level.