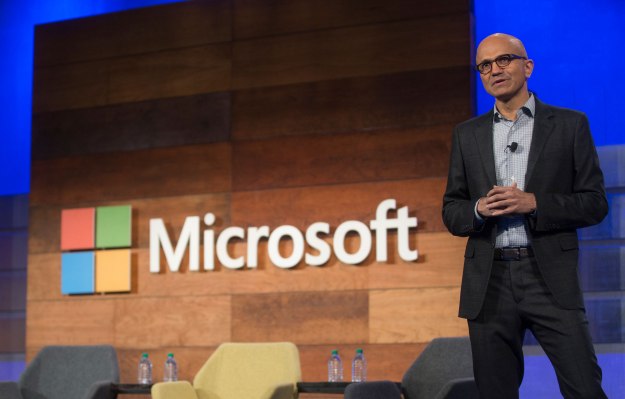 While AWS leads the cloud infrastructure market by wide margin, Microsoft isn’t doing too badly, ensconced firmly in second place, the only other company with double-digit share. Today, it announced a big deal with AT&T that encompasses both Azure cloud infrastructure services and Office 365.

A person with knowledge of the contract pegged the combined deal at a tidy $2 billion, a nice feather in Microsoft’s cloud cap. According to a Microsoft blog post announcing the deal, AT&T has a goal to move most of its non-networking workloads to the public cloud by 2024, and Microsoft just got itself a big slice of that pie, surely one that rivals AWS, Google and IBM (which closed the $34 billion Red Hat deal last week) would dearly have loved to get.

As you would expect, Microsoft CEO Satya Nadella spoke of the deal in lofty terms around transformation and innovation. “Together, we will apply the power of Azure and Microsoft 365 to transform the way AT&T’s workforce collaborates and to shape the future of media and communications for people everywhere,” he said in a statement in the blog post announcement.

To that end, they are looking to collaborate on emerging technologies like 5G and believe that by combining Azure with AT&T’s 5G network, the two companies can help customers create new kinds of applications and solutions. As an example cited in the blog post, they could see using the speed of the 5G network combined with Azure AI-powered live voice translation to help first responders communicate with someone who speaks a different language instantaneously.

It’s worth noting that while this deal to bring Office 365 to AT&T’s 250,000 employees is a nice win, that part of the deal falls on the under the SaaS umbrella, so it won’t help with Microsoft’s cloud infrastructure marketshare. Still, any way you slice it, this is a big deal.